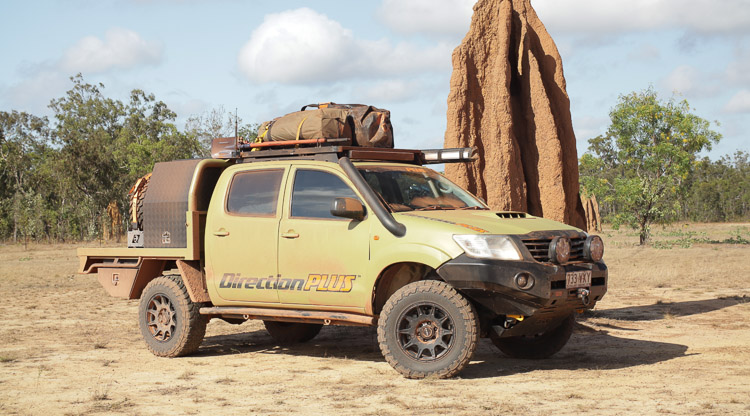 Starting its life as an ex-mining vehicle that Jeremy from Direction-Plus bought to cart supplies around while renovating his house, this bright green HiLux has evolved into a restrained but very capable off-road beast that doubles as his daily driver, so after watching it conquer Cape York’s Old Telegraph Track, we figured we’d take a closer look.

“I needed this HiLux to do it all,” says Jeremy, “so it’s been set up to handle cruising over rough terrain at speed and to tackle moderately tough tracks while still getting me to work each day after dropping the kids at school. I’m on my third set of Open Country M/Ts, they’ve been awesome and virtually indestructible! For an aggressive mud tyre, they’re as quiet as an A/T, which is a big part of why I’ve stuck with them. I’ve had these M/Ts on super sharp volcanic rock, sand, mud, you name it, and they’ve never let me down.” 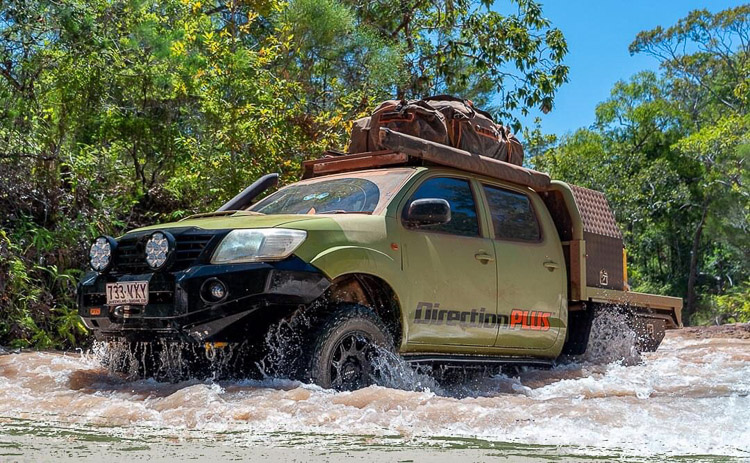 Of course, Jeremy’s HiLux uses all of the bits that Direction-Plus™ are famous for as one of Australia’s most trusted brands that produces technically superior, best-in-class kits designed by 4WDers for 4WDers, including their ProVent® oil separator, Response-Plus Throttle Control and PreLine-Plus pre-filter system, but there are plenty of other goodies that have helped this HiLux become the tough yet practical tourer it is. 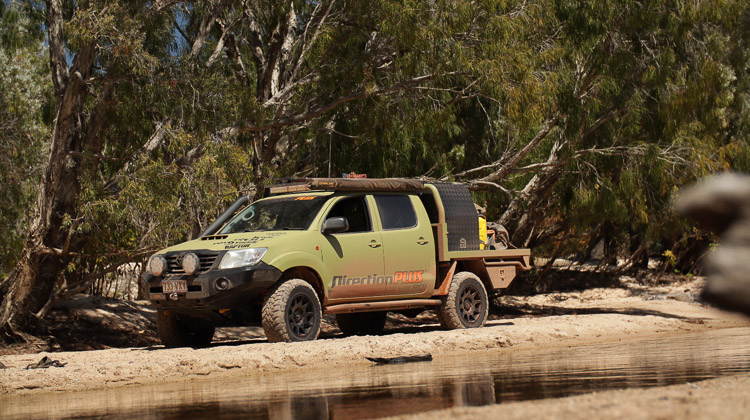 Rolling on 265/70R17 Open Country M/Ts wrapped around ROH Invader rims, this HiLux runs Falcon Shocks all round with modified parabolic leaf springs in the rear to hit the sweet spot between comfort, articulation and traction. Roadsafe Blackhawk UCAs were also fitted to correct front suspension geometry along with some of Roadsafe’s load-rated tow points just in case. 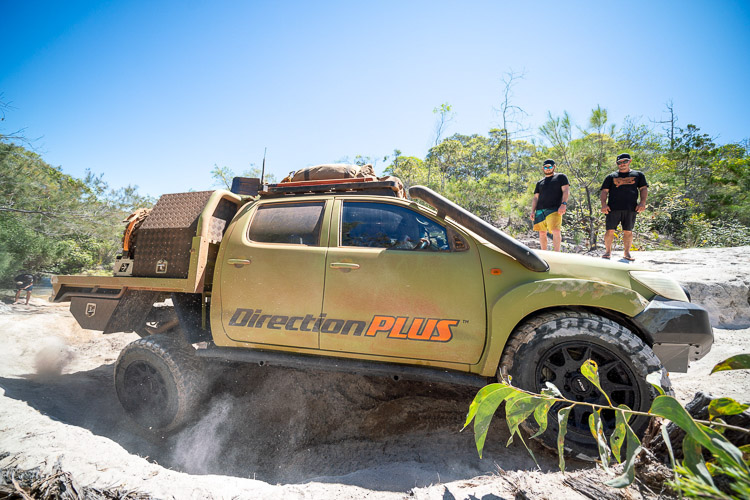 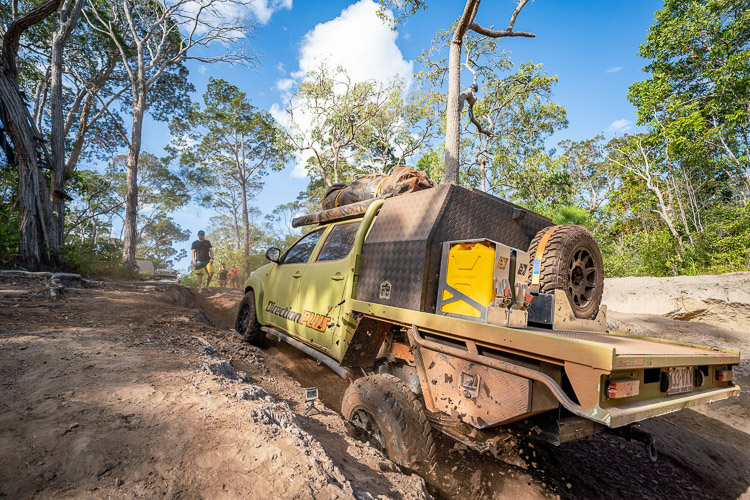 Out back, a Direction-Plus spare tyre carrier and a pair of Direction-Plus secure jerry can holders sit behind a half canopy that provides plenty of storage while still leaving some tray free for anything bulky that Jeremy may need to carry. 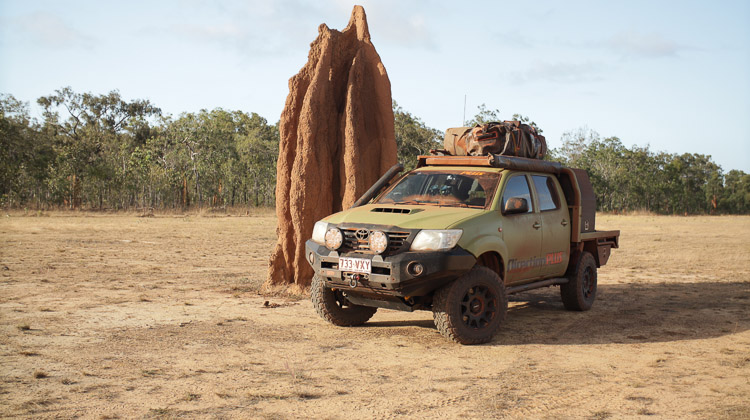 Jeremy is constantly out on the tracks testing new gear, as are the rest of the Direction-Plus crew as true blue 4x4 enthusiasts, so keep an eye out for this unique green HiLux next time you go bush and if you’re so inclined, any donations to support people with disability in Direction-Plus’ attendance of the 2021 Great Endeavour Rally would be greatly appreciated.