Tassie Explored in Edge of the Earth III 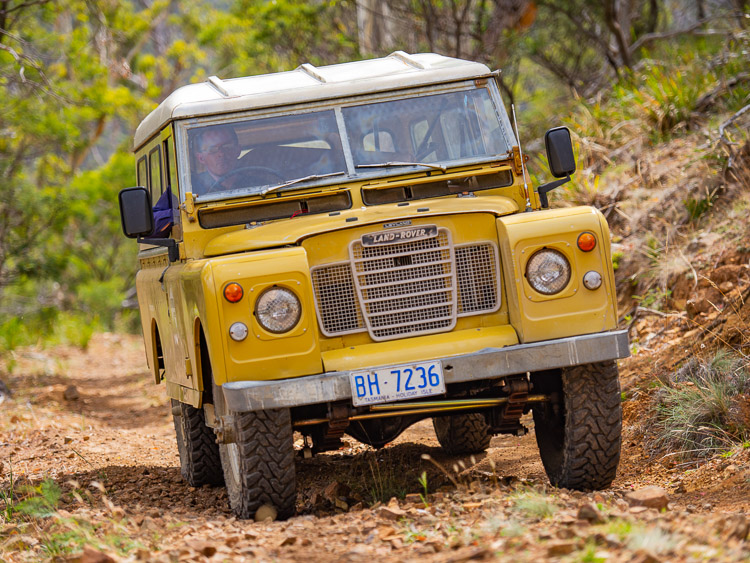 Australia is a large, diverse landmass, though many of its islands hold some of its most unique environments, relics, tales, and tracks. Tasmania is home for Damon and myself, Geoff, the founders of Seriously Series. Over the past three years, we have showcased many of the forgotten parts of this ruggedly beautiful island in our ‘Edge of the Earth’ adventure documentary series, so in this guest article for Toyo Tires, we’ll walk you through our third instalment that you can watch below.

Our aim was to travel the length of Tasmania’s east coast on nothing more than back tracks and unsealed trails, guided by a trusty Chris Boden book that we regularly use to navigate some of our lesser-known local tracks. We led this trip in our 1975 Series 3 Land Rover that rolls on 235/85R16 Open Country MTs, joined by good friends Will in his ex-Australian-Army Perentie and George in his 1984 Range Rover. 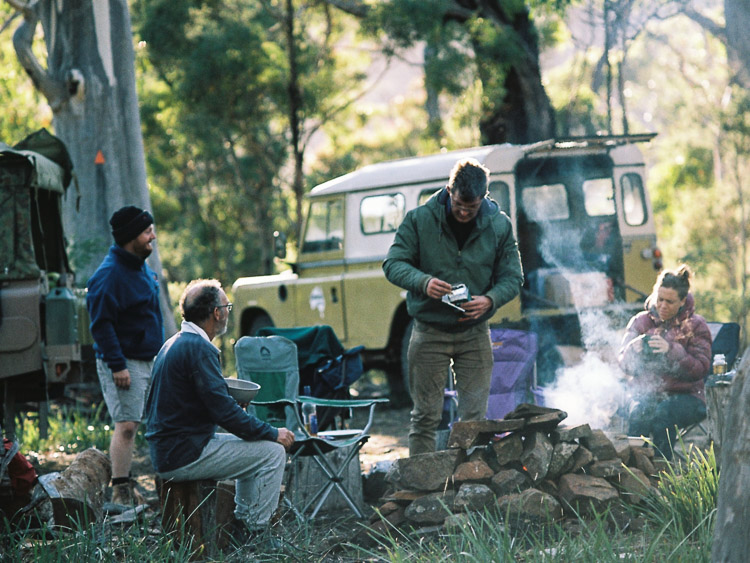 We started by tackling the Swanston Track, an old coach trail that linked the midlands of Tasmania with the small port of Swanwick and remains a tight, technical track that twists through steep hills with sharp drop-offs. It proved to be a great drive for the old Series 3 before setting up camp for the night in open grassland on top of a ridge with a fantastic view of the gully below that would be tomorrow’s challenge. 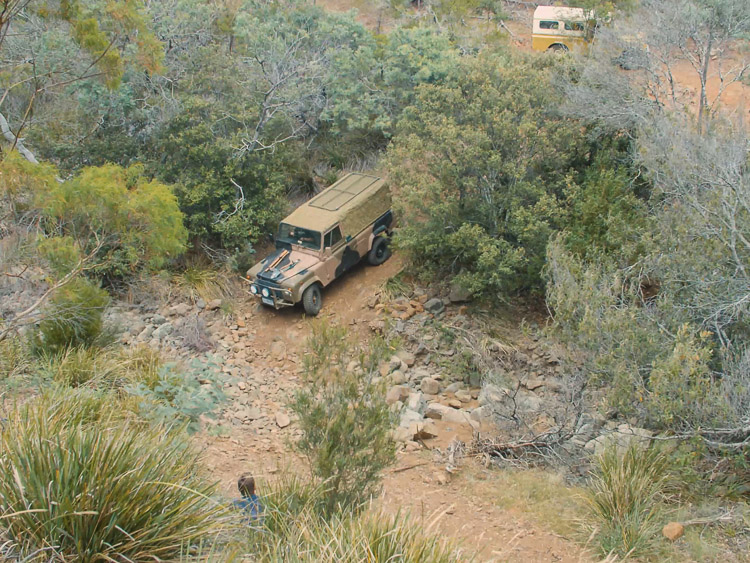 In the morning, after lowering our tyre pressures and checking over the vehicles, we headed down the Swanston Track into the gully. Though it’s been a dry year for Tasmania, there were notable signs of past flooding, including the wrecked remains of a bridge at the final gully we needed to cross. Luckily, this wasn’t game over as the track twisted down to the creek bed, which gave the Series 3 a good challenge as it crawled down the steep incline in low-range 1st, using every bit of the Open Country M/T’s grip to reach the Swanton Track’s exit safely. 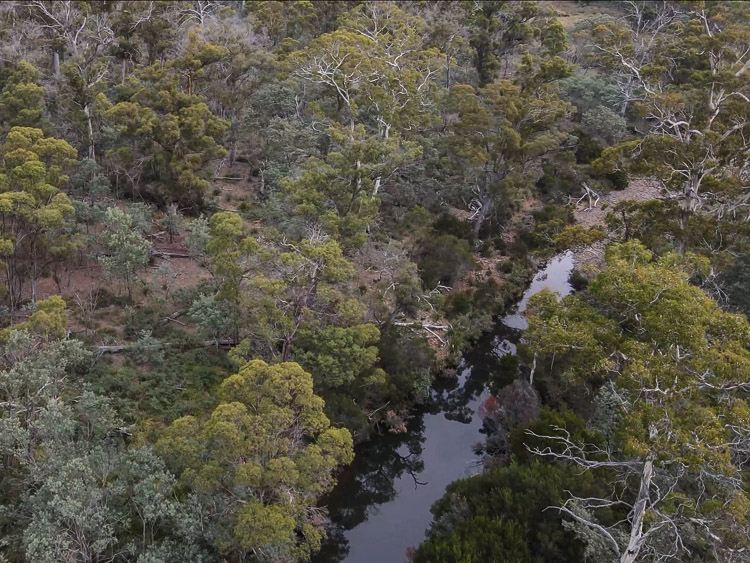 Next was the M-Road, which was pushed through to access timber in the east coast’s dense forests. Turning off this logging track towards Long Marsh, the foliage quickly became dense around a mud-covered track. After dodging the odd submerged rock, we reached the proposed site of the Long Marsh Dam, a relic of Tasmania’s colonial past. Construction commenced in 1843 to provide water to midland agriculture before being abandoned as the budget blew out due to legislation that awarded convicts a wage. Walking through this historical site was a surreal experience, with huge 20m+ slabs of stone cut out of the hillside overlooked by the crumbling remains of an abandoned village that supported the dam’s construction. 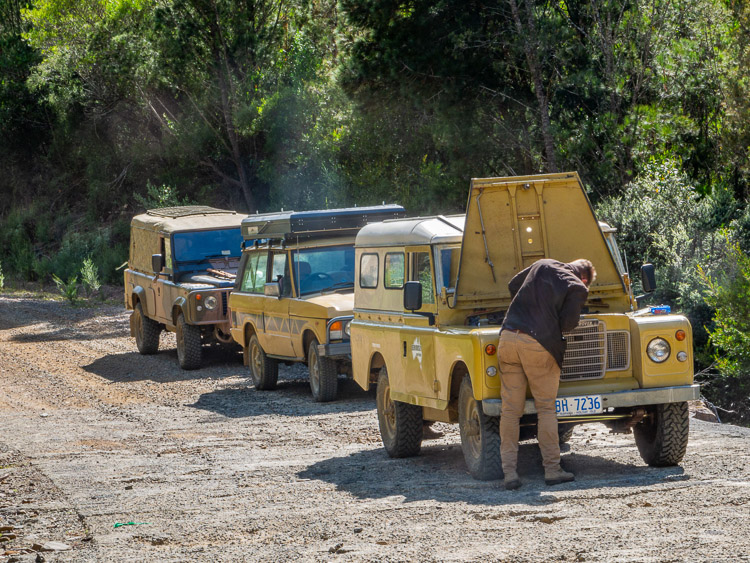 We motored onwards on the potholed and corrugated M-Road towards Lost Falls, with the Series 3 purring along nicely but developing an odd noise that we stopped to investigate over lunch. The rough roads had rattled loose the bolts holding on the driver-side guard, which Damon and I were able to repair after pouring through an assortment of odd nuts and bolts. From here, we took a side trail to the edge of the cliff near Lost Falls that overlooks Great Oyster Bay and the pink granite mountains known as The Hazards. 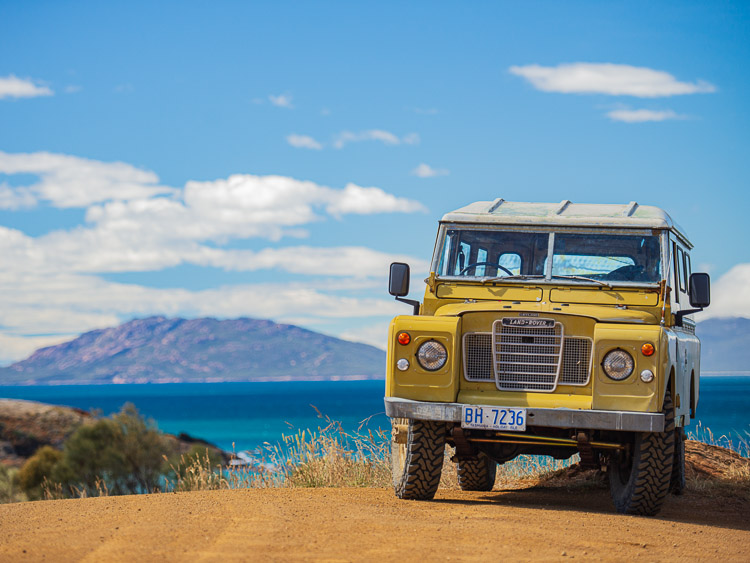 During World War 2, even this out of the way bay at the edge of the earth was not untouched, with a Japanese I-25 submarine surfacing here under the cover of darkness to reassemble and launch a Yokosuka E14Y reconnaissance aircraft known as ‘Glen’ that photographed Tasmania’s south-eastern coast right up to Hobart’s harbour before the pair moved on to New Zealand for a similar mission. 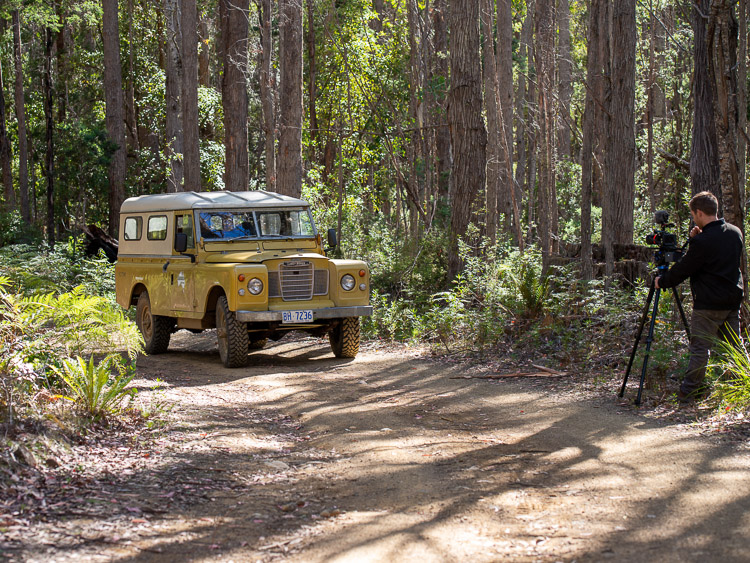 After taking in the view and reflecting on the term ‘World War’ as we stood on one of the Commonwealth’s southernmost islands, we headed back to camp for our last night by the campfire. This would be the furthest north we would travel up Tasmania’s east coast in this chapter but in our upcoming ‘Edge of the Earth IV’, we will be aiming to reach the north-eastern tip of Tassie. 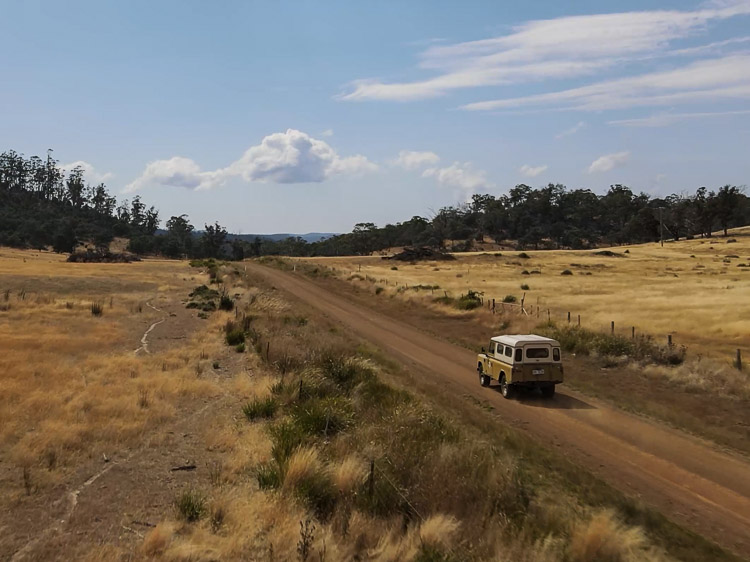 If you haven’t come across Seriously Series or ‘Edge of the Earth’ before, you can watch the first and second instalments of this adventure documentary series below. In the first, we set out to cross Tasmania from east to west but as luck would have it, this coincided with the state’s worst floods in 80 years after 20% of Tassie’s annual rainfall fell in 5 hours, with washed out roads cutting our trek west short.

In ‘Edge of the Earth II’, we again set off for Tasmania’s sparsely populated west coast. The scenery on this trip was nothing short of stunning as we navigated frosty mountain ranges on our way to Trial Harbour, with a healthy dose of history along the way.