Sprint to the Finish at Finke 2021 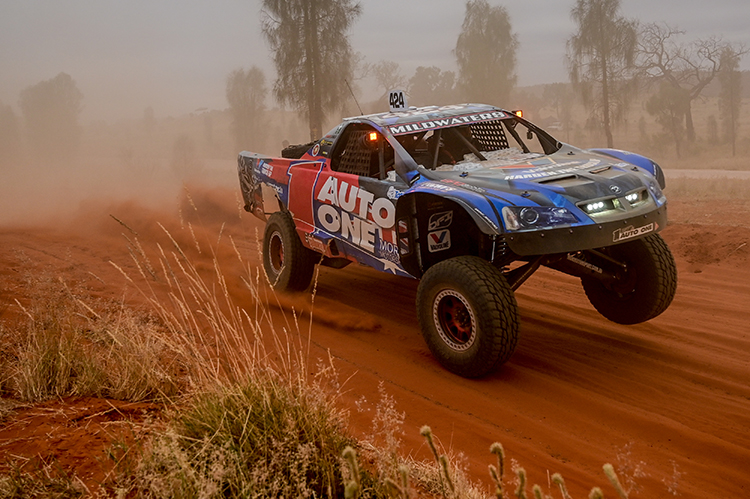 Camped on the banks of the Finke River, believed to be the oldest in the world, those lucky enough to reach the 2021 Tatts Finke Desert Race’s halfway point awoke with a keen sense that this torturous motorsport assault through the Australian outback was far from over. The tough 230km track that leads back to Alice Springs dashed the dreams of many competitors yesterday and now runs in reverse direction, a little worse for wear after hundreds of bikes, buggies and trophy trucks tore up the already rough red dirt landscape. 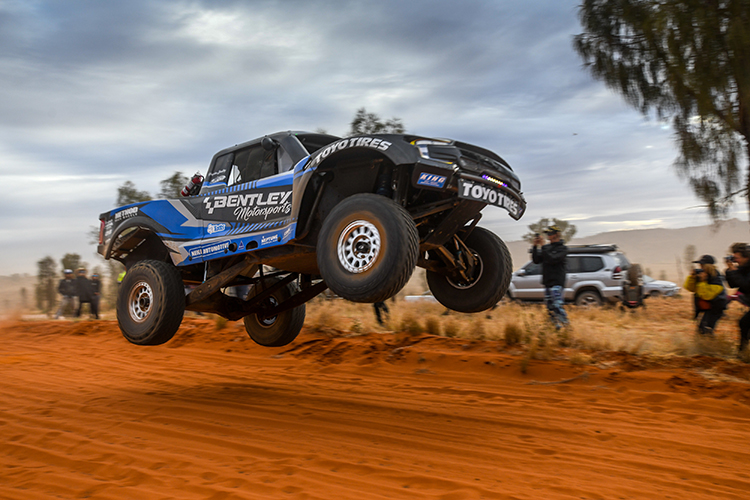 Fired up from yesterday’s racing, drivers and riders tried their best to resist motorsport’s infamous red mist in the hopes of leaving the desert unscathed with the honour of completing the toughest off-road race down under. While there’s little room for caution, pushing hard with confidence on this infamous track can either be rewarded with glory or painfully punished, with luck playing a critical role alongside skill and preparation. 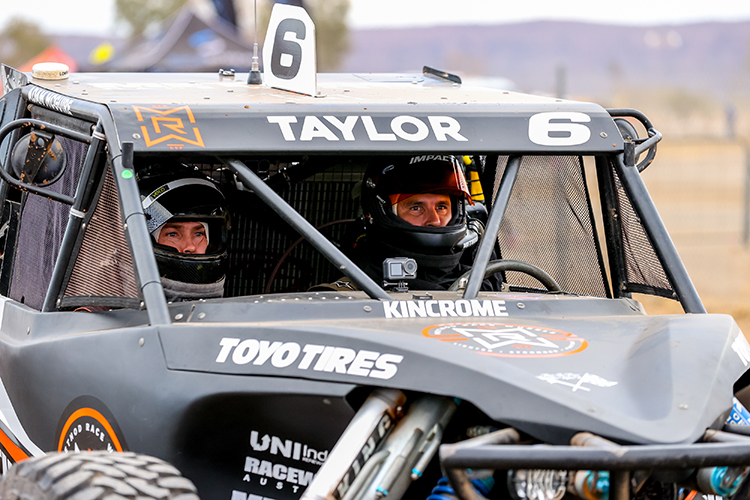 “We wound the boost up to 18psi for the run home, trying to pick up time out of the slow stuff with enough power to quickly get on top of the whoops,” said Ryan Taylor, driver of the #6 Race Wheels Australia buggy that crossed the line with a return time of 1:53:50.3 to finish 13th outright and 6th in Pro Buggy. ”Other than that, we didn’t touch a thing and the car was faultless. We tried the whole way back to catch and pass but with the dust, we couldn’t quite get there, so we thought there’s no point taking risks now, let’s get to the finish. Everyone’s pushing pretty hard and you go where you can see but when you can’t see, you just push as hard as you can. Bad things happen when you get off the track and hit something or blow a tyre, but obviously that’s not going to happen with the Toyos. We went wide on a corner about 30km out of Alice, blew over the berm and hit a square embankment that launched us nose up. It bent a steering arm and it felt a bit weird but we wanted to finish and bring one home for Dad, so that’s what we did.” 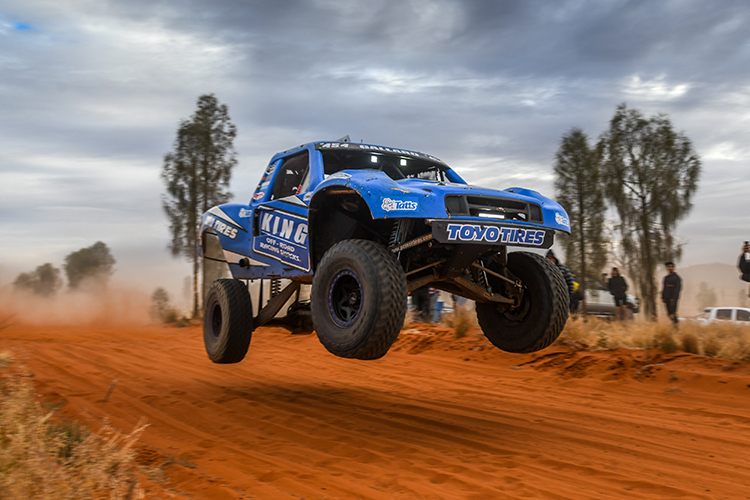 “We had a great run and the truck ran flawlessly all weekend,” said Brad Gallard, driver of the #454 trophy truck that dashed through the return leg in 1:47:18.4 to secure 6th outright and 3rd in Extreme 2WD. “I’m absolutely stoked to finish in the top 10. We got caught in the dust in some sections, which held us up, but the last 100km was a lot of fun and very fast through clean air. We’ve struggled with finishing lately, so we aimed to keep it nice and steady but push where we had to and still pull a good time. All the way through, the Open Country M/T-Rs were great, hooking up really nicely and finishing the race still looking brand new, ready for next year’s Finke I reckon! I must admit, we did hit a big boulder smack on the front tyre at about 130km/h 105kms from home today and I thought that if that doesn’t break a tyre, nothing will. We both went “ouch” expecting a flat but nope, we kept on going.” 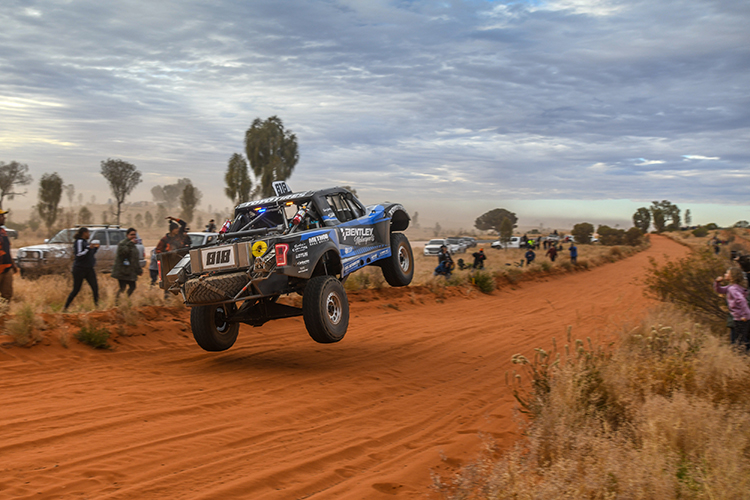 “We had engine overheating issues and had to retire the 4WD truck around the 160km mark,” said Hayden Bentley, driver of the #818 Bentley Motorsports Extreme 4WD trophy truck that led the class at the halfway point. “Yesterday, it felt amazing, but we knew early today that we had a problem. We backed out of it and tried to get it home, but it wasn’t to be. It’s a cruel sport and Finke is tough, so we were lucky to get 1 out of 2 trucks home. When I knew my race was over, I jumped in the chopper to watch Sam and he drove absolutely brilliantly, passing 30 or 40 cars; it defies belief. He smashed it, I knew he would, they both did. The problem Hannah had yesterday with the gearbox cooling system shouldn’t have happened and if it hadn’t, the kids would have been in the top 20 on their first outing. She stopped for about 10 minutes 6 times to let it cool right off but she was flying when she was moving.” 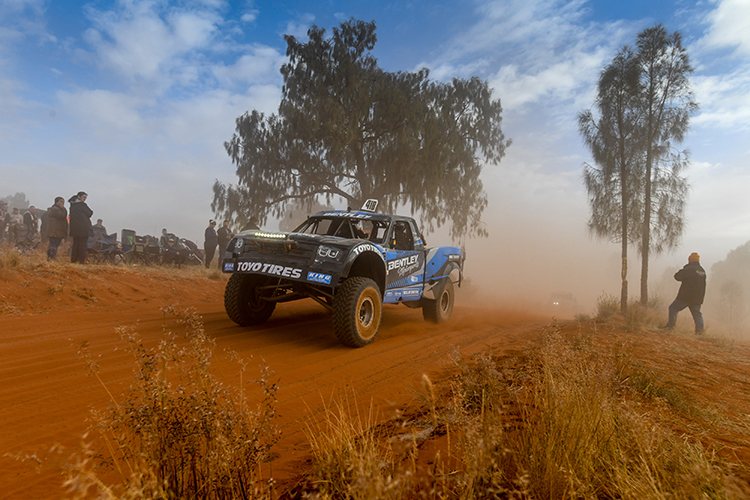 “I knew I had my work cut out for me at the back of the pack after yesterday’s dramas but with the truck fixed, I wanted to see what sort of pace I was capable of,” said Sam Bentley, making his Finke debut in the #818 Bentley Motorsports Extreme 2WD trophy truck that returned in 52nd position to Alice Springs in 2:18:19.7 after leaving Finke 114th, moving up to 78th outright and 14th in Extreme 2WD. “I was passing people non-stop but managed to not leave the track once and the truck didn’t sustain any damage. Some people didn’t want to let us past, but we got around everyone we could, so I’m stoked to finish my first Finke and be so close to the 2-hour mark with traffic.” 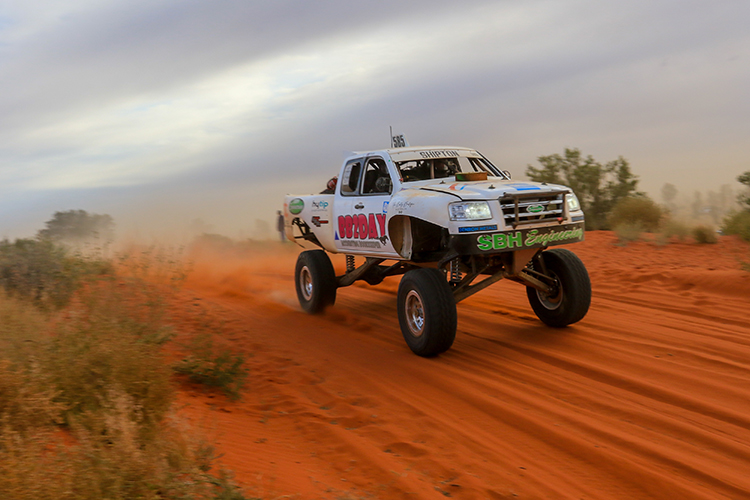 With the distinct smells of dust, fuel, transmission fluid and hot oil wafting through the pits, the hard work is over the for the vehicles that managed to endure the torture of the 45th Tatts Finke Desert Race. Tragically, the event was cut short after a spectator fatality on the course, and our hearts are with the families and friends of those affected.