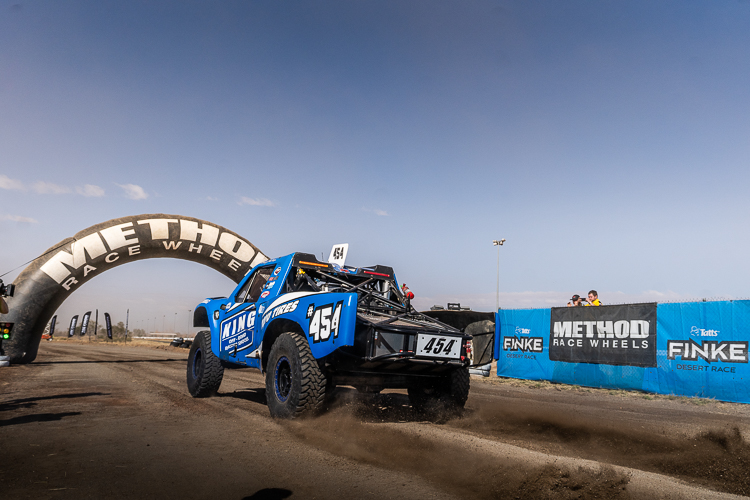 Before the grueling 460km round trip from Alice Springs to Aputula (previously Finke) and back begins, the Tatts Finke Desert Race kicks off with a prologue sprint around an 8.3km circuit that the quickest competitors are lapping in under 5 minutes. While conditions are considerably kinder on this prologue track, performance here is inextricably linked to performance in the race itself as prologue positioning is used to qualify racers in their departure order, with a solid advantage on offer for the front runners. 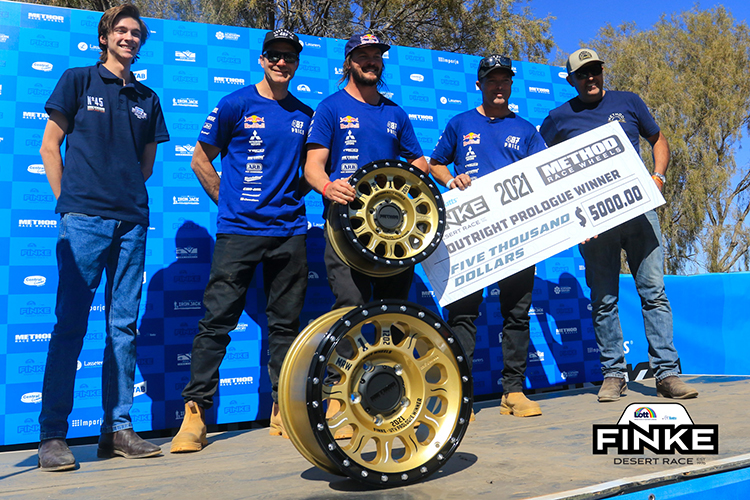 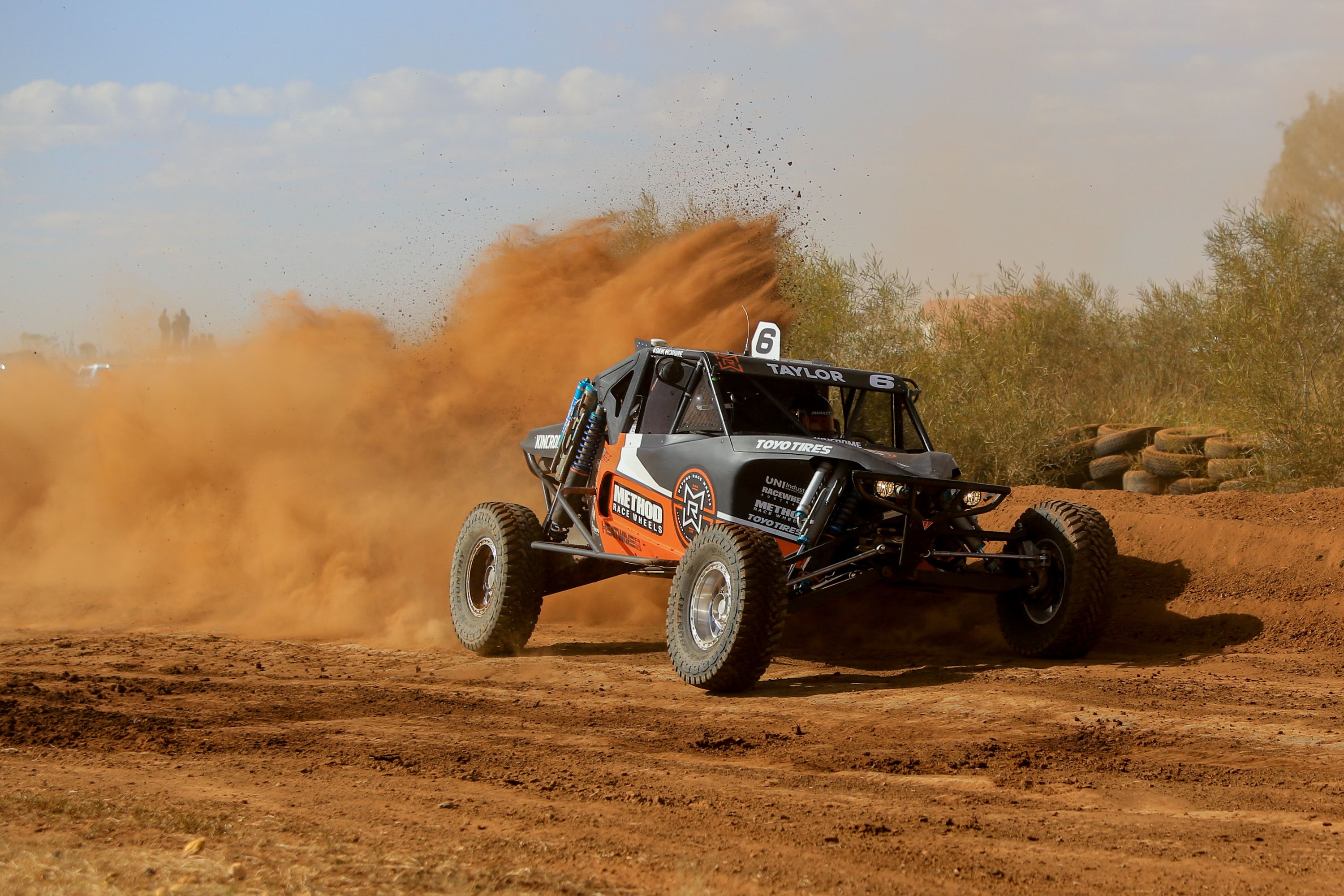 “There were a couple of places we could have been quicker, but I’m pretty happy with how we went to qualify inside the top 20,” said Ryan Taylor, driver of the Race Wheels Australia #6 buggy, which qualified 18th outright and 10th in the Pro Buggy class with a 5:04.6 run. “The prologue track is very smooth and fast with just a few whoops. We prefer the rough stuff but are set up to go fast too. I think a few of the trucks would have struggled with that compared to the lighter, faster buggies, although there is a trophy truck in the top spot with 7 out of the top 20 being trophy trucks, so I guess we’ll see who has the pace in the race.” 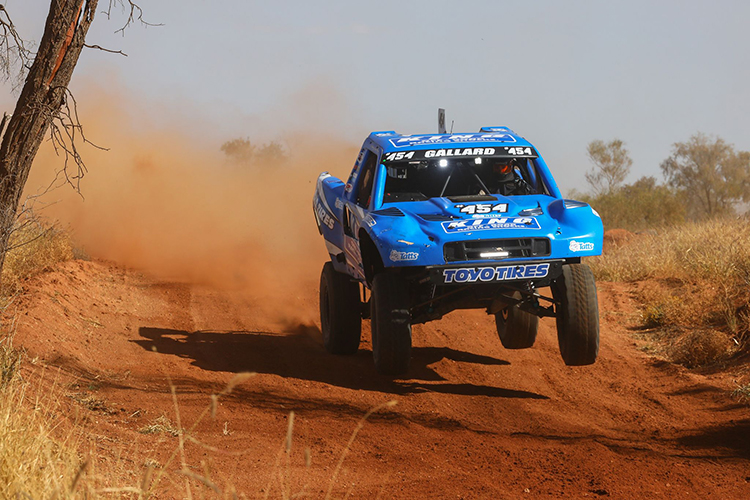 “I put it in 9th,” said Brad Gallard, driver of the #454 Extreme 2WD trophy truck, “which is great because it gives us a 2-minute gap at our start. With a lot of dust tomorrow, that was our aim, to be in the top 10 and be safe. We were hooking up really well with plenty of traction from the Open Country M/T-Rs and we’ve got the pace in the fast staff, there’s no doubt about that; I came out of the whoops at 168km/h! It probably wasn’t set up quite right for the tighter bits of the prologue track, but the truck feels like it’s going to be really happy tomorrow. We’ve reset ride heights for a full fuel load and will adjust tyre pressures, then we’re good to go.” 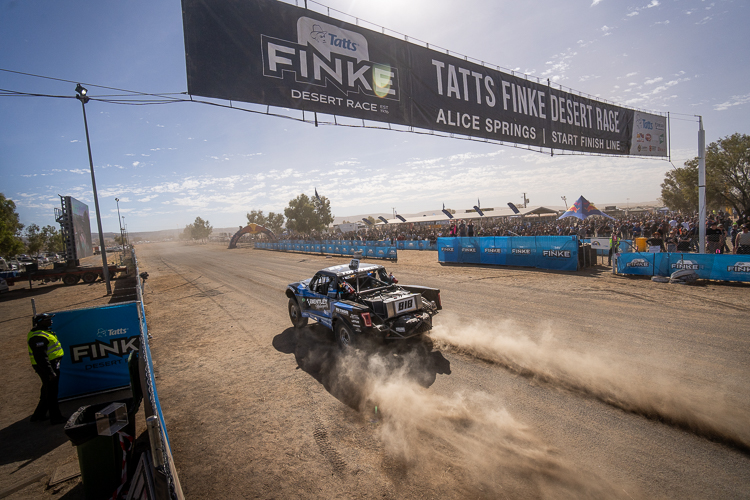 “This new 4WD truck is bloody quick,” said Hayden Bentley, driver of the #818 Extreme 4WD trophy truck that’s powered by a 1000hp+ twin turbo 3.5L VR38DETT Nissan V6 that screamed through a 4:58.0 run to qualify 11th. “It’s got more in it, I’ve just got to get used to it. I haven’t had the power to chuck the thing full-on sideways at previous events and in testing, but it’s definitely got that now, so I’ve just got to get used to doing that to make the most of this 4WD traction. All of my muscle memory is from 2WD buggies and the 2WD truck, which drive completely different, but I’m looking forward to finding out what it can do at Finke as it’s feeling strong.” 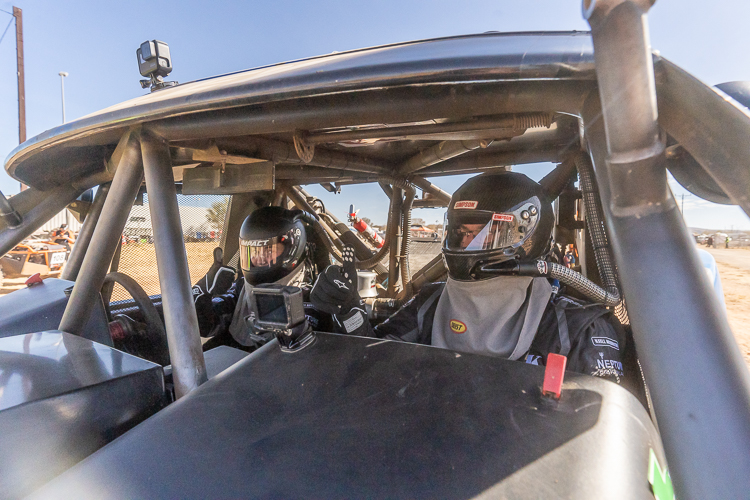 “That was awesome and I DIDN’T BIN IT,” exclaimed Hannah Bentley as she bounced out of the #418 Extreme 2WD trophy truck with a huge smile on her face after finishing her first Finke prologue with a 6:07.4. “Hanns, that was absolutely awesome” her father Hayden said proudly. “There aren’t many 19-year-old girls who won’t hesitate to grab 4th gear while blasting over whoops at 150km/h+, you were cranking! I’m really proud of how well you’re driving. Just be careful on the berms, either go right up or stay out of them, as lifting off throttle while drifting on the mid-line where you were is an easy way to have a rollover, but you did well to keep it pinned and are driving really confidently, keep it up!” 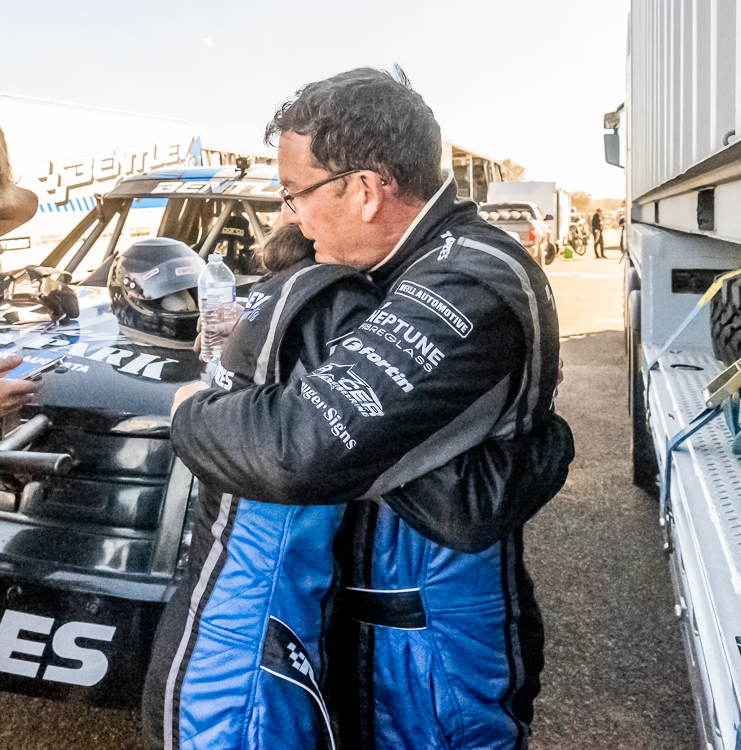 With the qualifying order set, the first leg to Finke will kick off tomorrow at 7:30am, so stay tuned for more Team Toyo action from the 2021 Tatts Finke Desert Race.